Know exactly what you’re about to deploy with Git, TeamCity and Octopus Deploy

Of course, you’ll need to replace OWNER and PROJECT with the correct values and also replace the COMMIT-CURRENTLY-LIVE and COMMIT-TO-DEPLOY with the commit ids taken from the Octopus releases. The commit ids need to be in the specified order, with the earlier commit (the one currently live) first.

Once you’ve done this you’ll see a screen with the following:

This contains every commit between the two versions. Also, see where it says “Merged in PROJ-99” in the list of commits? That PROJ-99 refers to the JIRA issue that was created for that particular feature. This means we can also tell you exactly what features are about to be shipped! This is fantastic when you go a while between releases, or have many people working on the same project and it becomes difficult to know exactly what was worked on.

You can also see the diff of each file under the “Diff” tab: 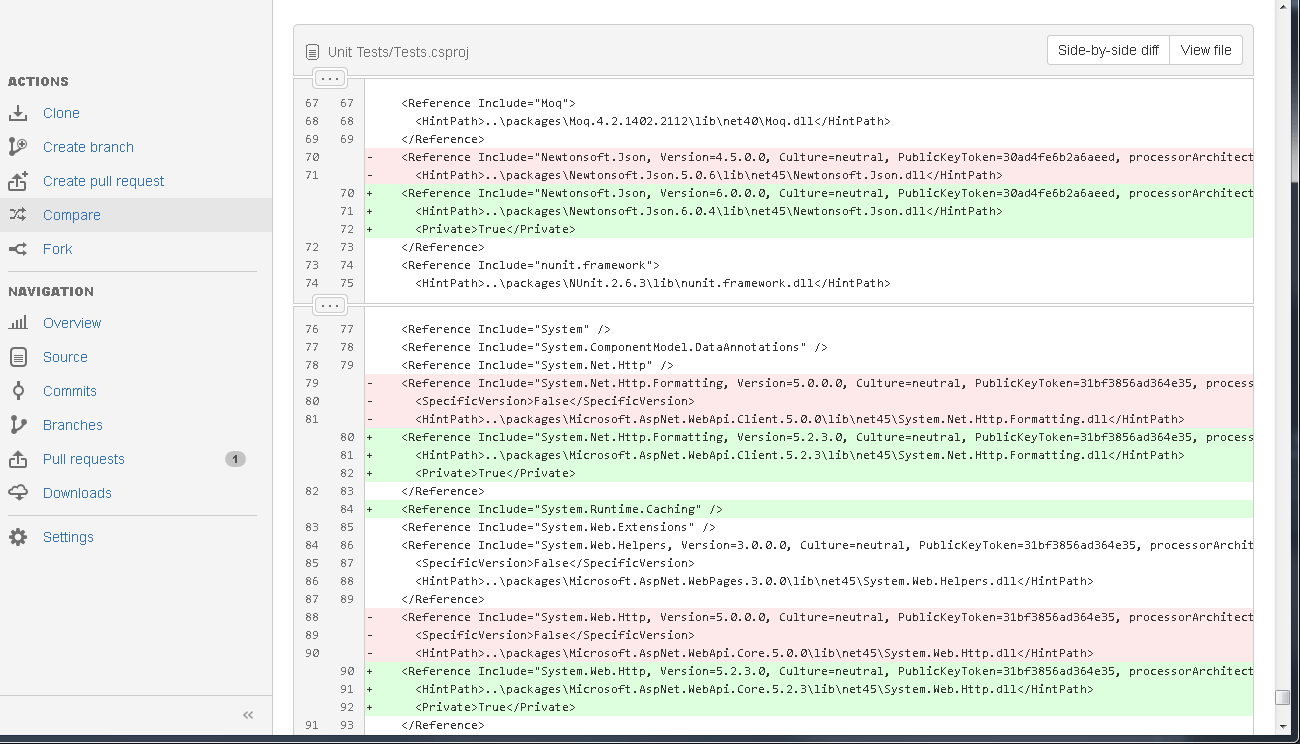 So, we can see every line of code that has changed between the currently live version and the version we are about to deploy. Pretty neat!

GitHub do actually support diffing between commits. The sytnax is pretty much the same:

Here’s what you end up with once you’ve done that: 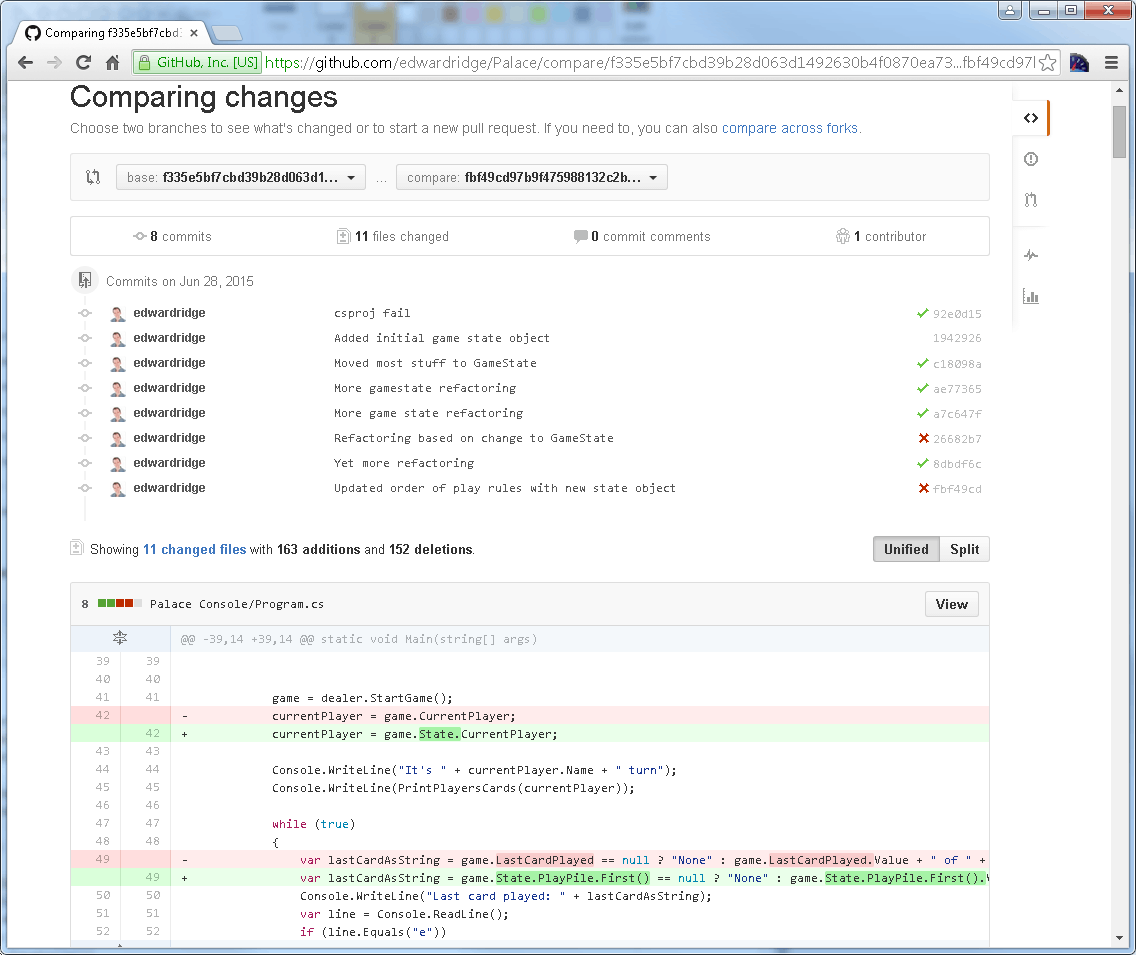 (Note this is a personal project, so no JIRA issues 🙂 )

Again, a nice list of commits and the diff between the two versions.

So there you go – now you can know exactly what, down to every line of code, you’re about to release.

Have an enquiry? Need a quote?